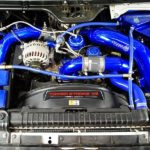 Launched in 2003, the 6.0 Powerstroke was the first emissions-era diesel produced by Ford. New technology such as EGR systems lead to a number of engine problems and ultimately gave the 6.0 Powerstroke a bad rap for reliability. Despite its poor reputation, the 6.0 can be a perfectly reliable diesel with a handful of upgrades. We won't go into details here but wrote an article … END_OF_DOCUMENT_TOKEN_TO_BE_REPLACED 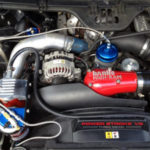 "Bulletproof" 6.0 Power Stroke  Many 6.0 owners or prospective owners likely come across the term "bulletproof". It's not uncommon to see mention on forums or companies offering "Ford 6.0 Power Stroke Bulletproof kits". The term is somewhat obscure with tons of varying answers as to what exactly it means to bulletproof the 6.0 engine. In this article, we discuss the idea of … END_OF_DOCUMENT_TOKEN_TO_BE_REPLACED 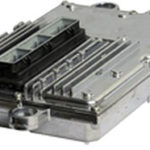 Ford 6.0 Power Stroke FICM Diagnostics The 6.0 Power Stroke FICM is often mis-diagnosed and needlessly replaced. Calibration concerns, powertrain component faults and FICM malfunctions may produce similar drivability concerns. NOTE: The most common symptoms of a failed FICM are: NO START or CONSTANT MISFIRE AT ALL ENGINE TEMPERATURES. Symptoms other than these are not … END_OF_DOCUMENT_TOKEN_TO_BE_REPLACED 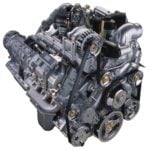