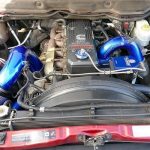 Currently the longest standing diesel engine, the 6.7 Cummins produces 420hp and 1,075lb-ft. of horsepower. Initially launched in 2007.5, the 6.7 Cummins produced 350hp and 610-650lb-ft. of torque. While earlier years had stout power numbers for their time, it doesn't quite compare to the 4-digit torque numbers modern diesels produce. Whether you have an earlier model … END_OF_DOCUMENT_TOKEN_TO_BE_REPLACED 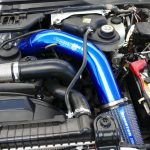 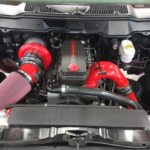 Launched in mid-year of 2007, the 6.7 Cummins initially produced 350hp and 610-650lb-ft. of torque, depending on the transmission. The engine had a number of small changes in the early years with the biggest changes coming in 2011 when SCR and all the other emissions systems were added. Still in production today, the 6.7 Cummins produces 420hp and 1,075lb-ft. of torque in … END_OF_DOCUMENT_TOKEN_TO_BE_REPLACED 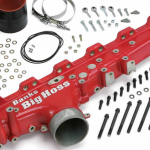 The 5.9 Cummins is legendary in the diesel world for many reasons. However, by modern diesel standards it's a bit lacking in power and torque. Fortunately, the Cummins 5.9L diesel engine has plenty of untapped potential. A few basic mods can truly take it to the next level. Among the best upgrades for the 5.9 6BT and ISB engines is an intake manifold. In this guide, we discuss … END_OF_DOCUMENT_TOKEN_TO_BE_REPLACED 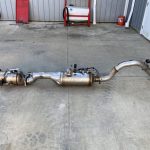 The 6.7 Cummins diesel engine was introduced in 2007.5 as a replacement to the 5.9L due to tightening emissions regulations. Since then, emissions regulations have continued to tighten and various new systems have been added to the 6.7 Cummins. One of the reasons the old diesels remain so popular and expensive today is because they don't have any of these modern emissions … END_OF_DOCUMENT_TOKEN_TO_BE_REPLACED