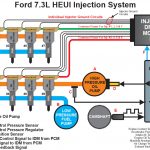 The 7.3 PowerStroke is often considered among the most reliable diesel engines of all time. It certainly helps that the 7.3L V8 diesel was built before the era of endless emissions technology. However, no engine is perfect and there aren't any exceptions here. Ford's 7.3 PowerStroke is still prone to its share of problems and among them is IDM failure. In this article, we … END_OF_DOCUMENT_TOKEN_TO_BE_REPLACED 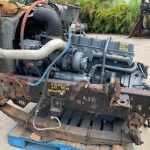 The Ford 6.6 and 7.8 diesel engines are medium duty truck engines primarily used from 1985-1994. They were popular in B series buses along with the F-600, F-800, and F-900. Ford 6.6L and 7.8L diesel engines are officially the Ford-New Holland engines and may also be known as the Ford "Brazilian" diesels. The Brazilian diesels are durable and reliable, but the lack of power is … END_OF_DOCUMENT_TOKEN_TO_BE_REPLACED 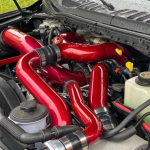 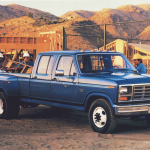 Ford launched the 6.9L IDI diesel engine in 1983 alongside a partnership with International Harvester. The terminology 'IDI' stands for indirect injection. The 6.9 IDI is a four-stroke, naturally-aspirated V8 diesel engine. It was largely a diesel alternative to the 7.5L Ford 460 engine also used in F250 and F350's of the time. In 1988, the 6.9 IDI was replaced by the 7.3L IDI … END_OF_DOCUMENT_TOKEN_TO_BE_REPLACED