In 1995, the ZF5 got an upgrade that strengthened the transmission allowing for higher input torque. The new transmission was the ZF S5-47 and was used alongside the 7.3 Powerstroke from 1995 through 1997 when it was then replaced with the ZF6 speed transmission. Both the ZF5 and ZF6 are manual transmissions. In 1989 Ford released the E40D 4-speed automatic which was used up until 1999 when it was replaced by the 4R100.

This guide is going to cover the differences between the two ZF5 generations, gear ratios for each, specs, and common problems with the ZF5 transmission. 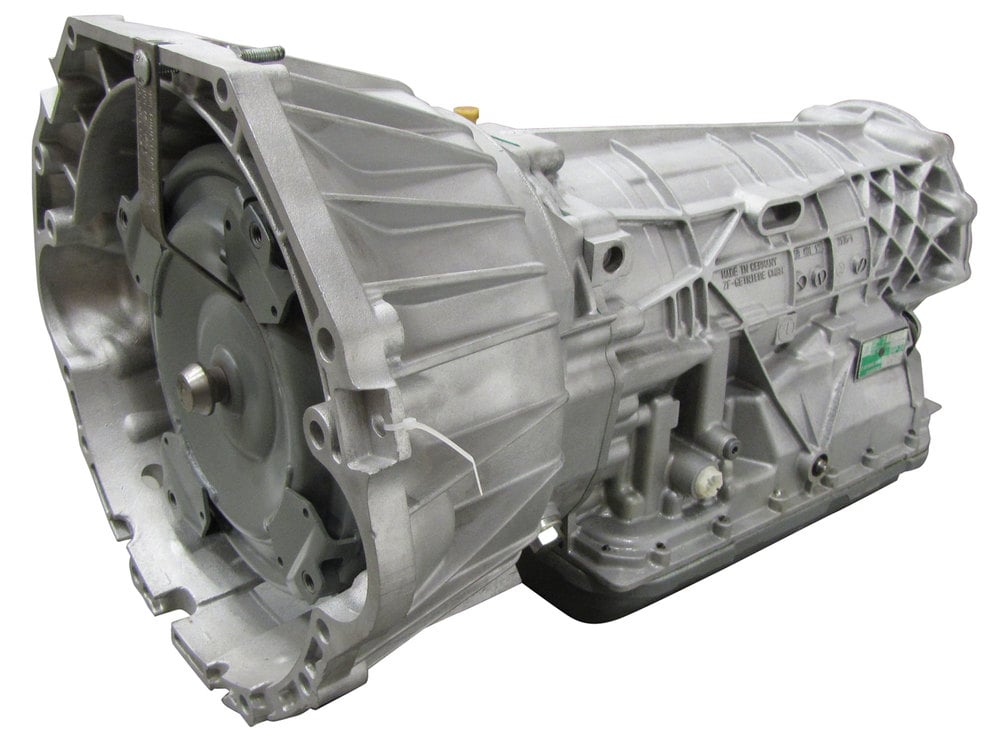 While these transmissions are very similar, the biggest difference is in their input torque ratings. The S5-42 has a maximum input torque of 420lb-ft. whereas the S5-47 has a 470lb-ft. rating. The upgraded ZF5 47 included a redesigned transfer case and synchronizers which allows for the increased torque input. Outside of these components the two transmissions are virtually identical and therefore are interchangeable across diesel engines.

The wide ratio’s used in the diesel engines are identical for both ZF5 versions, but the close ratio’s do vary between the two. The ZF S5-47 generally speaking has shorter gearing than the S5-42, although the biggest differences are first and reverse, with the other four gears having little to no difference.

Additionally, the ZF5 is synchronized across all gears and all vehicles with these transmissions have dual mass flywheels.

The ZF5 transmission uses a hydraulic clutch system which uses pressurized fluid to engage and disengage the clutch. The system uses a clutch master cylinder and a separate clutch slave cylinder in addition to a clutch line that transfers fluid between the two.

The hydraulic clutch system, and more specifically the master and slave cylinders are very prone to wear and tear on these transmissions which make them common problems.

Fortunately, Ford released two repair kits for this issue. The first is a reinforcement plate that will strengthen the firewall to prevent any flexing. If the flex has caused the firewall to crack at the spot welds then there is a separate larger kit to address the cracking.

As mentioned above, both the slave and master cylinder are prone to excessive wear which causes them to fail frequently. When these parts start to leak and fail you will notice difficulty getting in and out of gear, or engaging the clutch. Additionally, you can experience grinding and the clutch catch point will feel shorter and possibly have issues disengaging and getting out of gear.

You can usually diagnose this problem by inspecting both the master and slave cylinder. When a leak forms it will cause brake fluid to drip from the cylinders so a visual inspection should give a pretty clear sign of whether the cylinder is leaking or not.  Master and slave cylinder kits run about $250-$350 and come with both the cylinders. Even if you only need one buying a full kit is usually a good idea since both of these components fail frequently and will eventually need to be replaced.

The bushing wears down over time from normal wear and tear which creates excessive play in the pushrod causing the clutch to not fully engage when the pedal is depressed. You can either replace just the pushrod eye bushing or replace the whole master cylinder, although this isn’t necessary unless the cylinder itself is on its way out.

Early model ZF5’s from ’87 through ’91 use an aluminum clutch bracket and a small pedal bushing. The bushing is prone to wearing down will cause issues with engaging and disengaging the clutch making it difficult to shift gears. Additionally, the aluminum bracket is known to crack or break. 1992 and on models received a steel bracket and larger bushing which fixed both of these issues.

Both the ZF S5-42 and S5-47 are known to grind gears and shift rough in cold weather. This problem usually resolves itself once the transmission warms up. However, if the problem continues after the transmission temp reaches a normal operating temperature then you should look further into the master and slave cylinders and both the pushrod and clutch pedal bushing. You can let you transmission warm up a bit before putting it in gear and driving.

Manual transmissions have a clutch synchronizer which helps match the speed of the gear to the speed of the engine when shifting. It essentially does this via friction as you disengage the clutch. The synchros are essentially a gear with teeth on them that can wear down. This can happen on a gear by gear basis and in the ZF5 is most commonly associated with the Reverse gear and not being able to get into Reverse. A bad synchro will usually make a humming or whirring sound when you try to get into the gear.

The ZF5 transmission was predominantly used in Ford’s F250 and F350 super duty trucks from 1987 until 1997. While the ZF5 was used in some gas applications, it was mostly exclusive to the 6.9 IDI, 7.3 IDI, and 7.3L Powerstroke. The ZF5 had two generations: the S5-42 from 1987 until 1994 and the S5-47 from 1995 until 1997. The primary difference between the two is their input torque capabilities, with the second generation being stronger and capable of handling more input torque. It is a 5-speed manual transmission.

While the ZF5 was a good manual transmission, it did have a number of common problems. The majority of its problems are with the hydraulic clutch system. The slave and master cylinders are both prone to leaking and failing, causing a number of issues with engaging and disengaging the transmission. Additionally, both the pushrod eye bushing on the master cylinder and the clutch pedal bushing commonly wear out and cause play in the pedal leading to shifting problems.