Ford launched the 6.9L IDI diesel engine in 1983 alongside a partnership with International Harvester. The terminology ‘IDI’ stands for indirect injection. The 6.9 IDI is a four-stroke, naturally-aspirated V8 diesel engine. It was largely a diesel alternative to the 7.5L Ford 460 engine also used in F250 and F350’s of the time. In 1988, the 6.9 IDI was replaced by the 7.3L IDI which was a nearly identical but larger engine.

The 6.9 IDI produced 170hp and 315lb-ft. of torque. While its performance might be lacking in today’s standards, it produced solid power for the time. The engine is all mechanical, featuring a mechanical injection pump and injectors. The simplicity of the engine gave it a reputation for reliability and durability. It was a trusted workhouse offering good towing capacity and better fuel economy than the gas V8’s of the time.

Overall, the 6.9 IDI offered decent power alongside fantastic reliability and fuel economy, making it a quick success. This guide is going to cover 6.9 IDI specs, performance potential, and reliability and problems. 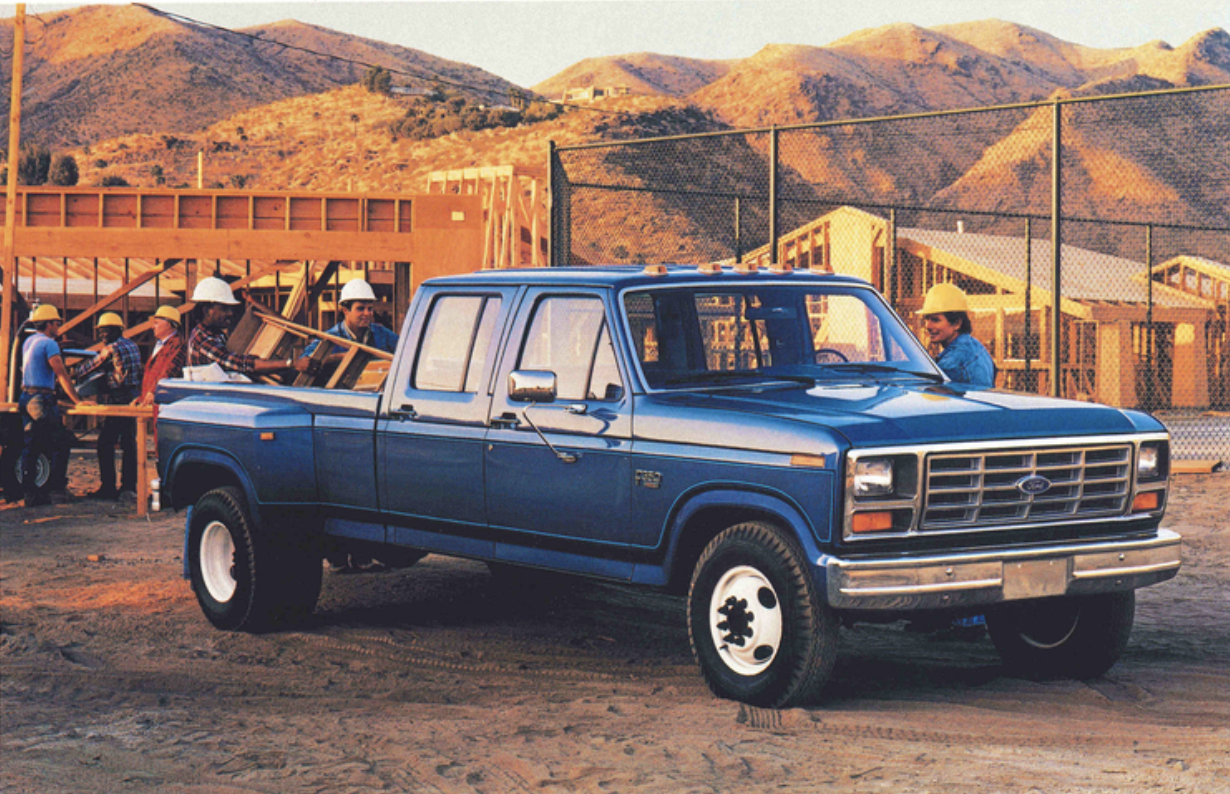 Despite the 6.9L IDI’s reputation for reliability, there are a few known common problems. Head gaskets are known to wear down and start leaking, glow plugs fail frequently, and they are prone to overheating when towing heavily.

Head gaskets sit between the engine block and the cylinder head. On the 6.9L International Harvester there are 2 head gaskets, one each for cylinders 1-4 and 5-8. Gaskets are very thin and brittle and naturally wear down over time causing head gasket leaks. The OEM head gasket on the 6.9L is known to fail prematurely.

One of the common causes for failure is overheating. Running hot can cause excess wear on the gasket and also cause the head studs to weaken, causing the head to lift a little and blow the gasket. Parts for replacing the head gasket are pretty cheap. However, labor can be a bit more expensive if you aren’t capable of DIY’ing the repair.

Instead of spark plugs, diesel engines use glow plugs. Glow plugs heat up the combustion chamber so that diesel fuel can ignite. The glow plugs are powered by a relay solenoid and controller that sends power from the battery to the plugs. While the glow plugs usually go bad individually, it is possible for the relay solenoid or controller to fail which would cause all of the plugs to not work.

Fortunately, glow plugs are inexpensive and easy to replace. The solenoid and controller are also relatively easy to replace as well. The most telltale sign of failure is difficulty starting the engine when cold.

The cooling system on the 6.9 IDI doesn’t seem to age well which causes overheating to be an occasional problem. The thermostat is usually a common cause of overheating. Additionally, a clogged radiator or a bad water pump are also potential causes on this engine.

Overheating is most common under heavy towing. However, if any of the above parts start to fail it can happen under normal driving. A blown head gasket, which is a common problem, can also be the cause of overheating so be sure to check for head gasket symptoms as well.

Despite the handful of problems we discussed above, the 6.9 IDI is a very strong and durable engine. The majority of issues it faces are relatively inexpensive and easy to fix. Head gasket failure is probably the most concerning issue but it’s also common on any other 30+ year old engine. Glow plugs are a general maintenance item for diesels and are easy to fix. And overheating can be control by taking proper care of the cooling system and its components. Fortunately, the simplicity of the 6.9 IDI made it very reliable but also very easy to fix the majority of issues that arise.

The 6.9 IDI is considered to be one of the more reliable truck engines of the 80’s. It is generally regarded as more reliable than the GM and Ram trucks of the time. Credit for reliability can be given to the mechanical structure of the engine, making it simplistic yet strong.

300k miles is a breeze on the 6.9 IDI with many examples of the engines lasting beyond 500k miles. You will likely need to replace the transmission and most of the various system components to reach these mileage levels. But, the block and internals shouldn’t have any problem making it for the long haul.

While performance wasn’t bad for its time, these trucks were slow. And they still are slow. When compared to the trucks of today, the 6.9 IDI can’t come close to power output and towing capacity. Therefore, it is common to mod the 6.9 IDI. Fortunately, it is common enough that Banks Power actually makes a complete turbo kit for both the 6.9 and 7.3 IDI.

For about $3,500 you can get a full 6.9 IDI turbo kit from Banks that will add 82whp and 143wtq to your truck. Still not crazy power compared to newer trucks, but this will be a huge improvement over stock power levels and provide significantly better towing. In addition to the power gains, Banks claims a 29% increase in fuel economy, and a 53% increase in up-the-grade towing.

With a few other modifications in addition to the turbo kit you can add over 100whp to the engine. The price to add a turbo might be tough to swallow for an older truck, but the gas mileage benefits at least help somewhat offset this.

Overall, the 6.9 IDI has solid performance potential considering a turbocharger is pretty easy to install and moderately affordable.

Ford’s 6.9L IDI used in the F250 and F350 during the 1980’s was actually developed and built by International Harvester, which is now Navistar. It is a naturally-aspirated V8 and was produced from ’83 until ’87 when it was phased out for the 7.3 IDI. The 7.3 IDI was around until ’94 when Ford released its Powerstroke diesel engine that is still being manufactured today.

Despite its limited power, the 6.9 IDI makes up for everything with its reliability and fuel mileage. It is more fuel efficient than the large V8’s of the time while also being more reliable. It does have a few common problems such as overheating, head gasket failure, and glow plug failure. However, these problems aren’t extremely common and are more or less general maintenance items you will run into over time. The block and internals themselves are strong enough to easily make it up to and beyond the 500,000 mile mark.

Overall, the 6.9 IDI is a strong and durable engine with great reliability, fuel mileage, and performance potential.