Caterpillar Inc. is a Fortune 100 company that builds heavy-duty machinery and engines. They are actually the largest construction-equipment manufacturer. Among one of their many excellent diesel engines is the 12.0L Caterpillar C12 – or Cat C12 for short. The Cat C12 truck engine was in production from 1994-2009.

Some may consider the C12 a bit small and underpowered for heavy-loads. That’s especially true considering the Cat C15 – it’s larger 15.0L sibling. However, the Cat C12 is still a very capable engine that delivers good performance and durability. In this guide, we discuss Caterpillar C12 diesel engine specs, problems, reliability, & more. 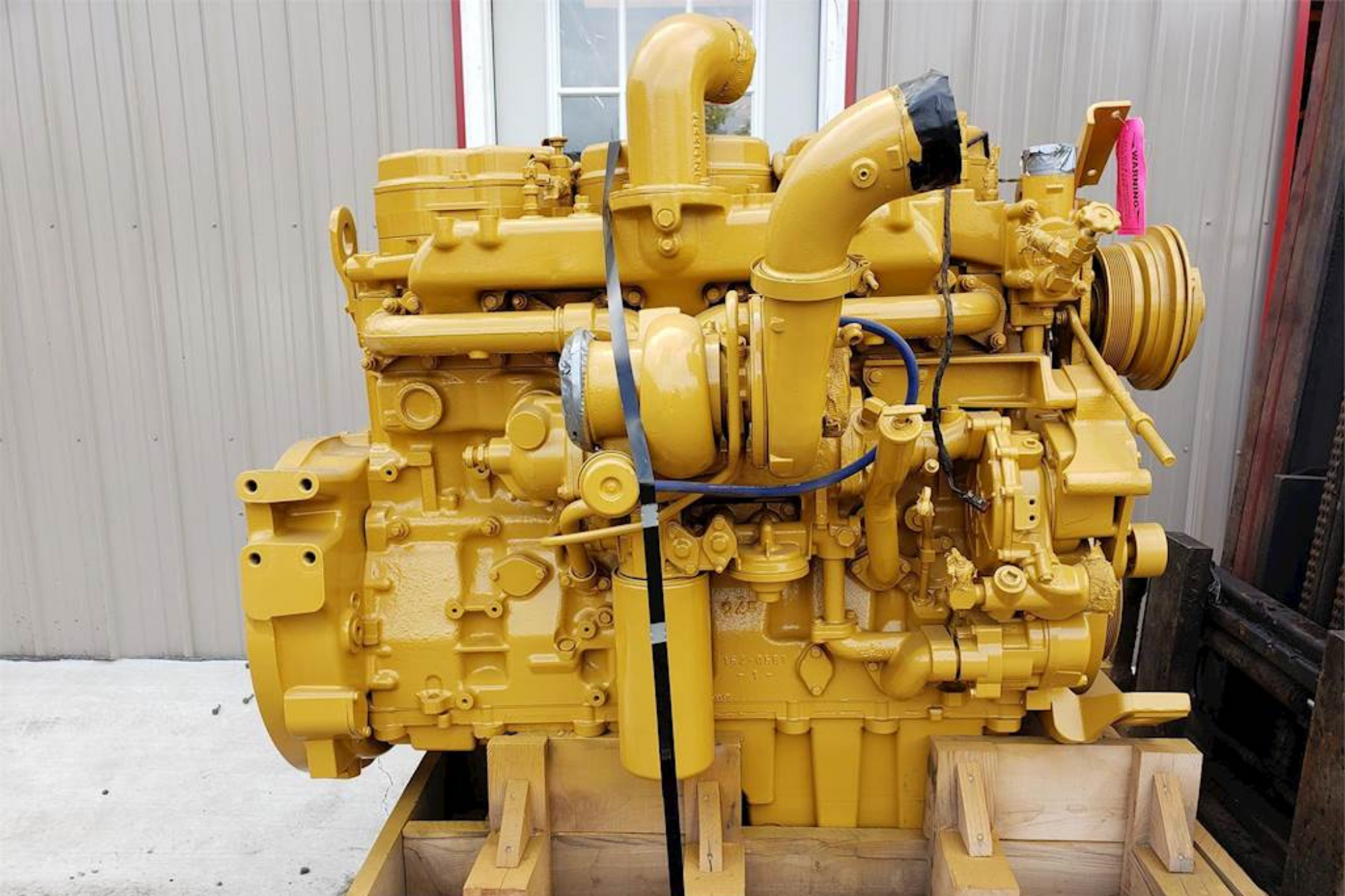 **The Cat C12 is still available as a commercial propulsion engine, primarily for marine applications. While we may reference these newer variants the older C12 on-road truck engine is our main focus.

Specs for the Caterpillar C12 truck engine are as follows:

Looking at the basic specs, the Caterpillar C12 is a 12.0L inline-6 turbodiesel. The engine features two valves per cylinder for a total of 12. Its operating range is 1,200 to 2,100 RPM. Cat C12 diesel engines weigh in at 2,070 lbs, so uses are mostly limited to larger trucks, buses, and machinery.

The Cat C12 is an excellent engine that many view as very reliable. As an older diesel engine, the C12 doesn’t use all of the problematic emissions equipment of modern diesels. On-road trucks often see 600,000+ miles without any severe issues. Longevity is also good with proper maintenance and overhauls. More on that later. For now, let’s discuss a few of the most common problems with the Caterpillar C12 engine.

Up first are the lifter & roller problems that can be common on the Caterpillar C12. The failure typically begins with the lifter, and more specifically the small bushing of the lifter. When this C12 problem occurs it typically takes out the lifter with it and often damages the camshaft too.

The repair becomes a bit more expensive when replacing the camshaft. You should replace all of the lifters during a cam replacement – not just the faulty lifter(s). This isn’t a major design flaw or issue and problems aren’t very common on lower hour/mileage trucks. However, be on the lookout for these repairs beyond 500,000 miles.

Head gaskets are another potential flaw of the Cat C12 engines. Some attribute head gasket issues to C12’s running higher power and constant heavy loads. Problems do tend to occur sooner in those cases. Even with lighter operation, the head gaskets are known to be problematic at higher mileage and hours.

Water pump issues on the Cat C12 are an underlying cause of coolant contamination in the oil. Coolant contamination is a pretty common problem on the C12’s. The cylinder liner o-ring and thin cylinder head are two potential causes of this. However, the most common cause is a leaking Cat C12 water pump.

Ultimately, coolant mixing with oil is not a good thing. It can cause premature wear and tear on the engine. You’ll also be left with a lot of nasty sludge build-up in the cylinder head. Point is – be on the lookout for water pump issues since then can have some costly consequences if not dealt with in a timely manner.

The above problems aren’t a completely exhaustive list of things that can and do go wrong on the Caterpillar C12 diesel engine. However, Cat C12’s are still regarded as highly reliable for good reason. Most of the issues discussed above are either minor or generally don’t occur until high mileage and hours.

Cylinder liners also make the C12 rebuildable. However, many C12’s make it well beyond 750,000 miles before needing a major overhaul or rebuild. We’ve even heard of some making it around the 1 million mile mark without any major work. Of course, maintenance and timely repairs are the key to having a reliable C12 for the long-haul. Look out for coolant contaminating the oil and consider head gasket and lifter/cam repairs at higher mileage.

Some of this info may be duplicate to that covered in the bulk of the article above. Nonetheless, we’ll lay out a few common questions regarding the Cat C12 diesel truck engine.

What is Cat C12 Horsepower?

What is Caterpillar C12 Oil Capacity?