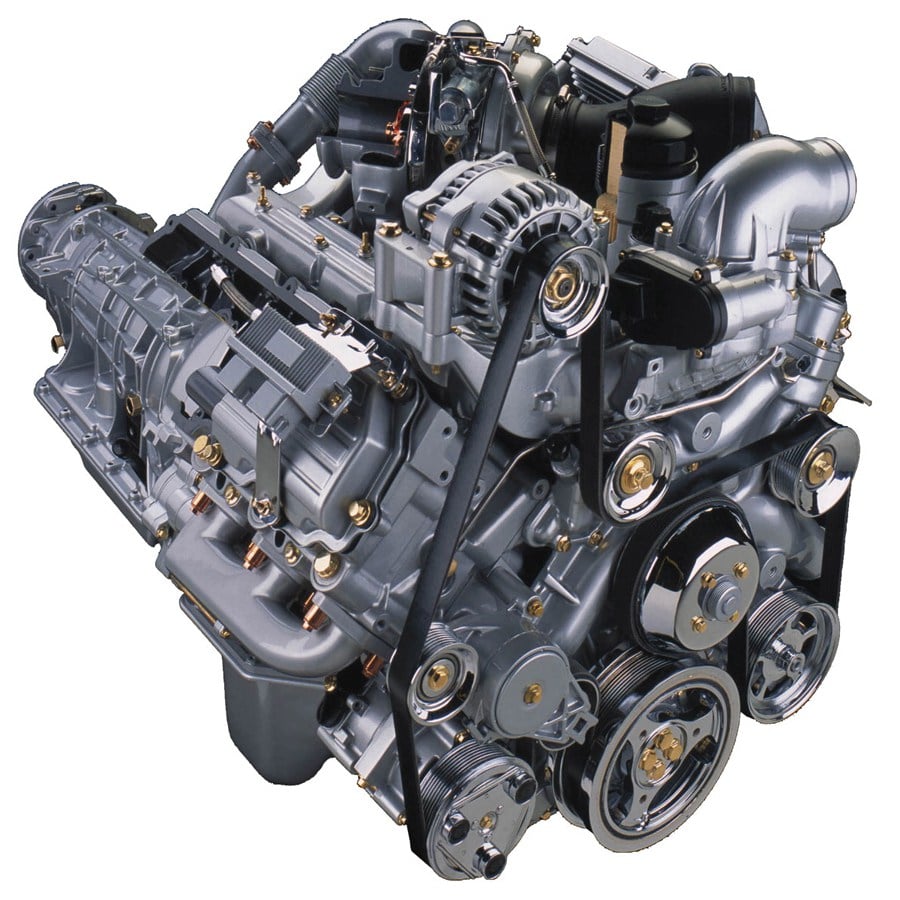 Some of the early 6.0 Power Stroke engines experienced problems, and it is speculated to have cost Ford millions of dollars in warranty repairs and buy backs.

Note: This article is not to discredit the 6.0, just to address some common issues, which can be resolved, resulting in a much more reliable engine.

Below are the most common problems associated with the 6.0 Power Stroke engine.

The 6.0L Power Stroke fuel injection system operates on oil pressure, very high oil pressure. Problems with the HPOS are oil leaks (internal to the engine) due to failed/deteriorated O-rings that are caused by excessive oil temperatures (bad oil cooler) and high pressure. Ford has improved the design of the O-rings and has an updated fitting that replaces the STC (snap to connect).  The STC fitting was used in the 05-07 6.0L Power Stroke engines and has a 100% failure rate.

If you still have the STC fitting on your 05-07 6.0 Power Stroke Engine, it is just a matter of time before it fails. Symptoms are hard start / no start, loss of power and occur mostly when engine is hot. The HPOS on the 03 to early 04 6.0L Power Stroke engines are a different design and most of the issues are caused by a bad ICP (injection control pressure) sensor, located under the turbo, which fails due to heat, or a failed HPOP (high pressure oil pump) and / or a failed IPR (injection pressure regulator). The IPR will fail due to debris being passed through it caused by not using a Ford OE oil filter, part number 3C3Z-6731-AA.

The EGR Cooler cools the exhaust gas that is recirculated back into intake manifold so that it can be re-burnt for cleaner emissions. When it fails it will cause coolant to enter in to the intake manifold and be burned in the combustion chamber causing a loss of coolant and white smoke from the tail pipe. Both EGR cooler and the EGR Valve are prone to failure, the common culprit being soot buildup. When soot builds up in the EGR cooler, it can become clogged and the excessive heat can boil coolant in the exchanger.

Depending on the severity of the failure, the engine can hydro-lock and cause severe engine damage, which includes bent connecting rods. The EGR Cooler fails because of a clogged or restricted Oil Cooler.

2003 model year 6.0 Power Stroke diesel egines have a round EGR cooler, which is less prone to failure than the less efficient square cooler found on 2004 to 2007 model year engines.

The Oil cooler is the cause of most the 6.0 Power Stroke engine problems. The oil cooler cools the engine oil by heat transfer from / through the engine coolant, kind of like a mini radiator. There are no warning signs for a clogged or restricted oil cooler but tests can be done to determine if a problem is there waiting to happen. The reason the Oil cooler gets restricted and clogs up is due to silicone sand in the coolant system. The sand is left over from the casting process of the engine block and because it was not thoroughly cleaned from the coolant passages before the engine was assembled and it gathers at the most restrictive point which is the Oil cooler.

When the Oil cooler is not restricted the coolant temperature and oil temperatures should be within a couple degrees of each other, anything above a 15 degree difference indicates a problem.  If the Oil temperature gets too hot it can cause gaskets and O-rings (in the HPOS) to fail and the lack of coolant flow to the EGR cooler will cause it to fail and can and will cause head gaskets to fail as well. An oil cooler failure is suspect if oil is present in the coolant or visa versa. To reduce the chance of failure, change your engine oil and coolant at Ford’s recommended intervals. You may also consider investing in an aftermarket coolant filter to remove particulates from the engine coolant.

The EGR valve is an electronically controlled valve that controls the flow of exhaust gas into the intake manifold. The EGR valve fails due to carbon build up on the valve or it can fail electronically. When it goes bad, it can cause black smoke, loss of power, no start and a fluttering noise. Clean the EGR valve at every other oil change to keep it functioning properly.

The FICM is the computer that controls the fuel injectors. The FICM problems often begin with low voltage in the vehicle’s electrical system due to failing batteries or a low-output alternator which causes damage to the FICM. The FICM multiplies the voltage in the fuel injector circuit from 12 to 48 volts to fire the injectors. When the FICM starts to fail, the 6.0L Power Stroke will have a hard start or no start issue, rough idle and loss of power. When replacing the FICM, 6.0 Complete FICM Part number: 4C3Z-12B599-ABRM, you must use the Ford IDS scan tool to remove the programing from the bad FICM and reprogram the new FICM and the PCM or get the Pre-Programmed FICM.

The 6.0 Liter Power Stroke diesel engine uses split shot HEUI(Hydraulic Electronic Unit Injectors). Fuel injectors deliver fuel to the cylinders, when they start to fail (usually in pairs) it can be caused by several other issues like the FICM, dirty oil (not being changed every  5K miles), low fuel pressure, mechanical failure or an electrical issue. Most injector issues are noticeable at the beginning of a cold start up and will go away once the engine is warm. Signs of a bad or sticking(stiction) injector are hard start, rough idle, black or gray smoke.

If ignored this can cause serious engine damage. Do not ignore this issue because it goes away once the engine is warm!  The fuel injectors are very sensitive to poor fuel and oil quality. The best thing you can do to prevent failure is maintain proper fuel quality (by means of an additive if necessary) and keep your engine oil changed regularly. The 6.0L injectors in particular are prone to stiction; there are several additives on the market that prevent and in some rare cases even reverse stiction problems in these injectors.