In 2018, Ford began offering the V6 3.0 Power Stroke diesel engine in the F-150. It’s a unique offering for diesel fans who don’t have the needs for the larger 6.7 Power Stroke in the F250 and F350 models. The 3 liter turbodiesel V6 only offers 250hp, but it does have an impressive 440tq. As a newer engine, there are still some questions about long-term problems and reliability. However, we do at least know that no engine is perfect. In this article, we discuss a few common Ford 3.0 Powerstroke engine problems and finish with overall thoughts on reliability. 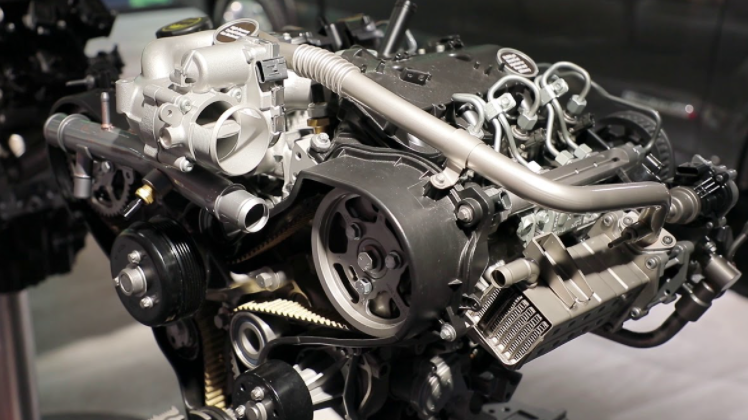 Specs for the Ford 3.0 V6 Powerstroke diesel engine are as follows:

Looking at the specs, the 3.0 Power Stroke is a solid diesel engine. It also delivers in the real world with many owners reporting over 25mpg on the highway. The 3.0 diesel design has been in use by Ford Australia since 2005 and is also in a few Land Rover models. However, Ford made a number of updates to the design prior to offering it in the 2018 F-150 models. With 250 horsepower and 440 torque the F-150 is able to tow up to 11,400 pounds. Pretty solid numbers for a light-duty truck.

The 3.0 Power Stroke does have some tough competition within Ford, though. We really like the 2.7 and 3.5L EcoBoost engines as they offer a great balance of price, reliability, performance, and towing. That’s not to say the 3.0L V6 diesel is bad by any means. Diesel engines have many upsides as their low-end torque makes the engines job a lot easier under heavy loads. Additionally, it’s not uncommon for diesel engines to have a 50,000+ mile service life advantage over gasoline engines. As such, the Ford 3.0L Powerstroke is a very tempting option, especially for diesel enthusiasts.

A few common problems on the 3 liter Ford Power Stroke engine include:

We’ll be diving into each of the problems in-depth throughout the post. However, we should note – this is still a new engine so some of the problems are speculation. Crankshaft bearings were notably an issue on previous 3.0 diesel engines from Ford. However, the 3.0L received a handful of updates prior to joining the F-150 and Powerstroke engine family. Time will tell how these engines hold up in the long-run, but emission part issues are common on nearly all modern diesel engines.

That said, we’re also focusing on the most common problems. It doesn’t necessarily mean they’re actually common. Rather, when problems do occur these are a few of the most common areas on the 3.0 V6 diesel engine. With that out of the way, let’s jump in and discuss the above faults and failures in greater depth.

This issue is purely speculation based on previous failures on the 3.0L diesel engine. However, these were problems before Ford designated the 3.0 diesel in the Power Stroke family and in the F-150. Fortunately, it doesn’t seem the crankshaft bearing issues are occurring on the 3.0 Powerstroke. It’s worth the mention, though. Sometimes these failures may not show themselves for years down the road and the 3.0L V6 turbodiesel is still very new.

That said, previous versions of the engine did run into problems with premature crankshaft bearing failure. These are also known as the main engine bearings. Ford updated the crank and bearings for the 3.0 Powerstroke. Given we’re not aware of any failures yet it seems like the update is working.

Again, it’s mainly an area to focus on as these 3.0L diesel engines begin aging and accruing more miles. A crankshaft bearing failure on the 3.0 Powerstroke could result in a costly rebuild or a complete loss of the engine.

EGR issues are a two-side discussion here. We’ll be quicker on the first topic as we usually avoid writing about problems that have existing recalls. As is the case with the first EGR problems we’re discussing on the 3.0 Powerstroke diesel. Some 2018-2019 model year F-150’s have a known issue with the screws in the EGR by-pass valve flap. Ford did issue a recall for this, so most affected vehicles should have the fix.

Otherwise, the EGR system in general is a common problematic area on most modern diesel engines. EGR cooler faults pop up frequently on the 6.0, 6.4, and 6.7 Powerstroke diesel engines. On the 3.0 V6 diesel the likely problem in the longer run is carbon deposits on the EGR cooler core. Eventually it may become completely clogged, which requires replacement of the EGR cooler.

The following symptoms may indicate an issue with the Ford 3.0L turbodiesel EGR system:

Another popular topic in the turbodiesel world is EGR delete. Some diesel owners delete the exhaust gas recirculation system up-front. Others choose to do it as soon as the EGR shows any problems. There are emissions concerns when it comes to deleting the 3.0 Powerstroke EGR system. However, it’s a cheap solution that prevents issues from popping up again. F-150 3.0 Powerstroke EGR kits like this one are less than $200.

Otherwise, you’ll be looking at a couple hundred for aa new EGR cooler kit. It’s not too challenging to DIY, but it may take a few hours of labor. As such, expect to add in another $150+ for labor if you end up at a repair shop.

Diesel particular filters (DPF) are another piece of emissions equipment prone to failures. DPF clogging is a common issue on diesel engines, especially without diesel exhaust fluid (DEF). Ford 3.0 Powerstroke engines do, however, use DEF. This helps reduce the chances of clogging, but also introduces additional maintenance and more potential issues.

One issue some have already run into is the 3.0 Power Stroke getting stuck in the regen cycle. The possibilities for issues are endless, and unfortunately it’s just bad technology in general. Sure, it helps reduce emissions and we’re not against that. However, it’s also not the ideal situation when it causes additional maintenance and headaches.

Additionally, the DEF must be changed/refilled roughly every 5,000 miles. As with the 3.0L V6 diesel EGR system, some owners will likely considering deleting the DPF/DEF systems entirely. The same emissions concerns exist, but some believe it’s worthwhile to avoid all the hassle.

As we discussed above, there are tons of different things that can go wrong with the 3.0 Powerstroke DPF system. It might clog, the DEF requires maintenance, the F-150 might get stuck in active regen, etc. However, for the symptoms here we’re really focused on the DPF clogging:

If the DPF becomes too clogged it can cause a ton of symptoms and drivability issues. Turbo engines need low back-pressure post turbo to help move the hot exhaust gases out. As the DPF clogs it creates additional back-pressure. That can lead to EGT getting too hot. You’ll also notice power loss and longer cranks as the engine struggles to rid itself of exhaust gases. It can also trigger check engine lights and fault codes on the 3.0L Powerstroke.

Alright, we’ll try to move through this section quickly. Surprise! It’s yet another topic involving the Ford 3.0 V6 diesel emissions system. Exhaust gas temperature (EGT) sensor problems are common on many of the larger V8 Powerstroke engines. Issues don’t seem too common yet on the 3.0 Powerstroke, but we suspect they’ll pop up more often as these F-150 diesel trucks age.

There are several sensors on the 3.0L diesel engine so it leaves plenty of room for failures to pop up. Fortunately, EGT sensor failures are very minor in the grand scheme. They run along the exhaust and are very easy to access. It’s also not an expensive replacement on the 3.0 Powerstroke.

A few symptoms of EGT sensor problems on the Ford 3.0 Power Stroke include:

As we mentioned above, EGT sensors are easy to access and cheap to replace. Most can knock this DIY out in the driveway in less than 30 minutes. The sensors are also pretty inexpensive so it’s a minor problem all around.

Is the Ford 3.0 V6 Power Stroke diesel engine reliable? We believe the 3.0L V6 turbodiesel earns slightly above average remarks for reliability. Again, it’s a new engine so more time is needed before there’s a solid answer. There really aren’t many common issue with the 3.0 Powerstroke to date. Most of what we discussed is speculation.

However, many modern diesel engines struggle with the demanding emissions parts. EGR, DPF, and EGT systems aren’t only common problems on many Ford Powerstroke engines, but also most other modern diesel engines. Plenty of delete options are on the market to get rid of these problematic parts, but that comes at the cost of emissions testing and legality concerns.

Nonetheless, the 3.0 Powerstroke is looking to be a fairly reliable engine in its short life. A lot of reliability comes down to maintenance and turbodiesel engines can be a little more demanding. They also generally reward you with a longer service life, and the 3.0 Powerstroke should survive well beyond 200,000 without any major issues.

Ford’s 3.0 V6 turbodiesel is a very tempting choice in the popular F-150 models. It fills a void for those diesel fans who don’t have the need for the larger 6.7 Power Stroke in the F-250 and F-350. However, the 3.0 Powerstroke does have a tough challenge in beating out Fords own 2.7 and 3.5L EcoBoost engines. They both offer a great all around balance for the F-150. However, the turbodiesel engine offers similar towing capacity with better MPG making it a good competitor.

No engine is perfect, though and there aren’t any exceptions here. Ford 3.0 Powerstroke engines are still a bit too new to have a great picture of long-term problems and reliability. To date, they’re holding up well without any major common issues or failures. However, as with most modern diesels, the 3.0 Power Stroke is subject to some emissions equipment issues.

Otherwise, we really like what the Ford V6 turbodiesel has to offer. Maintain the engine well and it will likely reward you with a long, reliable ownership. The 3.0 Powerstroke also has a great balance of towing, fuel economy, and performance.

What’s your experience with the 3.0 Powerstroke? Are you considering one?

Drop a comment and let us know! Or check out our 6.7 Power Stroke Common Problems Guide if you’re looking for something bigger